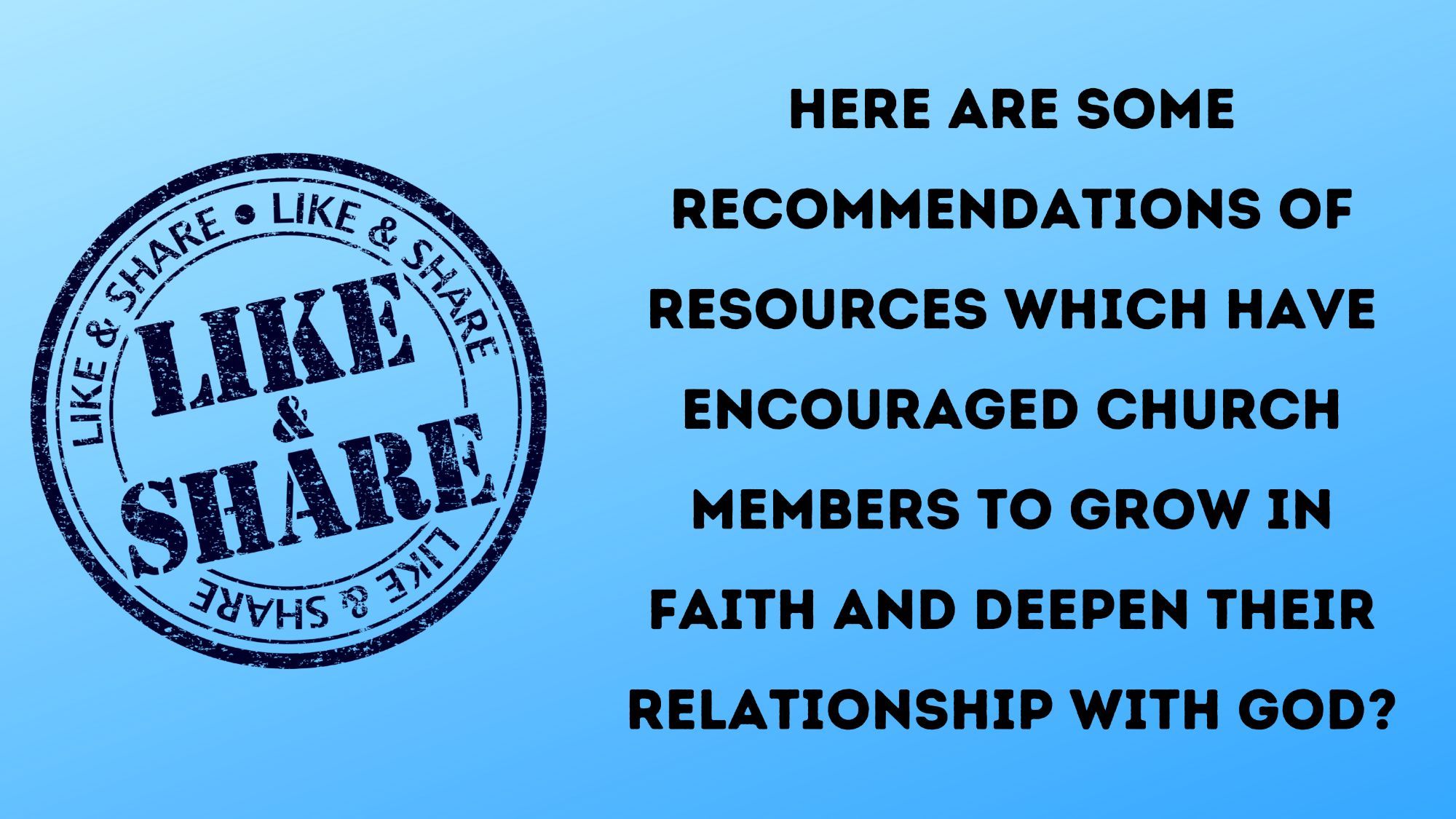 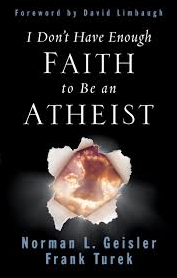 A recommendation from
Christian Hughes:
I have been reading a book titled "I Don't Have Enough Faith to Be An Atheist" by Norman Geisler & Frank Turek. For anyone who has ever had a discussion with a non-believer and found themselves wishing they had more information about the proof of God, Jesus and the resurrection, this is a perfect read. I also found it strengthened my faith, because the more I read, the more I was utterly convinced that what we read in the Bible is true, and that those who doubt it do so generally because they don't want to believe or they haven't actually studied the evidence.
The book deals with topics such as evidence for intelligent design (as opposed to a random chance by physical and chemical processes); evidence for Jesus; why we know the New Testament writers told the truth; did Jesus really rise from the dead? if God, why evil?, and much more. I found myself taking the book with me everywhere I went, hoping people might ask me about it, which some did when they saw the title. As for reading the book, I didn't want it to end, it was so interesting. 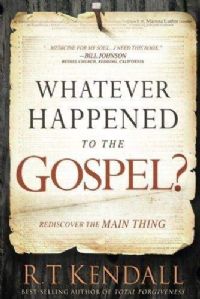 One of Sandra Baugh's favourite authors and speakers is R.T. Kendall who was the Pastor of Westminster Chapel in London for 25 years.  He emphasises 'Word and Spirit' (the authority of the Word of God AND the power of the Holy Spirit).  I strongly recommend his book: 'Whatever happened to the Gospel?'  It deeply challenges and encourages us to 'keep the main thing the main thing'.  I love his opening quotation by C.S. Lewis, 'If you read history, you will find that the Christians who did most for the present world were precisely those who thought most of the next!  It is since Christians have largely ceased to think of the other world that they have become so ineffective in this.'  Reading this book helps us to rediscover the 'main thing'.  It is one of the best books that I have read for a long time. 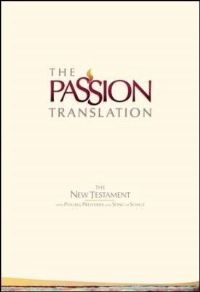 Sheelagh Evans recommends The Passion Translation of the Bible:

Sometimes a new way of looking at something can bring fresh inspiration and meaning. I have found this to be the case with The Passion Translation. The meaning of words changes from one generation to the next and there is no such thing as a truly literal translation of the ancient texts; all translations have value if you find them helpful. However, this translation seeks to unlock the passion of God’s heart for us and ours for Him. Personally I have found it to be inspirational and enlightening and the fascinating text notes are an added bonus.

I started listening to Premier Christian radio when I bought a new car without a CD player two years ago and highly recommend it. Premier broadcasts Christian programming including music, news debate, teaching and prayer. It’s slogan is “where faith comes to life” and it provides a wonderful antidote to the negativity of lockdown. It is ideal listening for short or longer periods of time and full of encouragement. 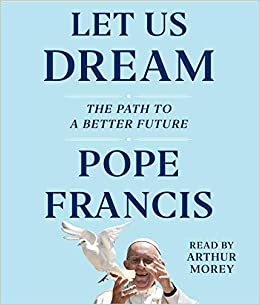 Rachel Christophers recommends Pope Francis book Let us Dream subtitled The path to a better future which Clare Purser has read and found very useful. He urges us not to let the pain of the last year be in vain and offers realistic ways in which we can build a safer, healthier and fairer world in harmony with one another and the whole of creation. 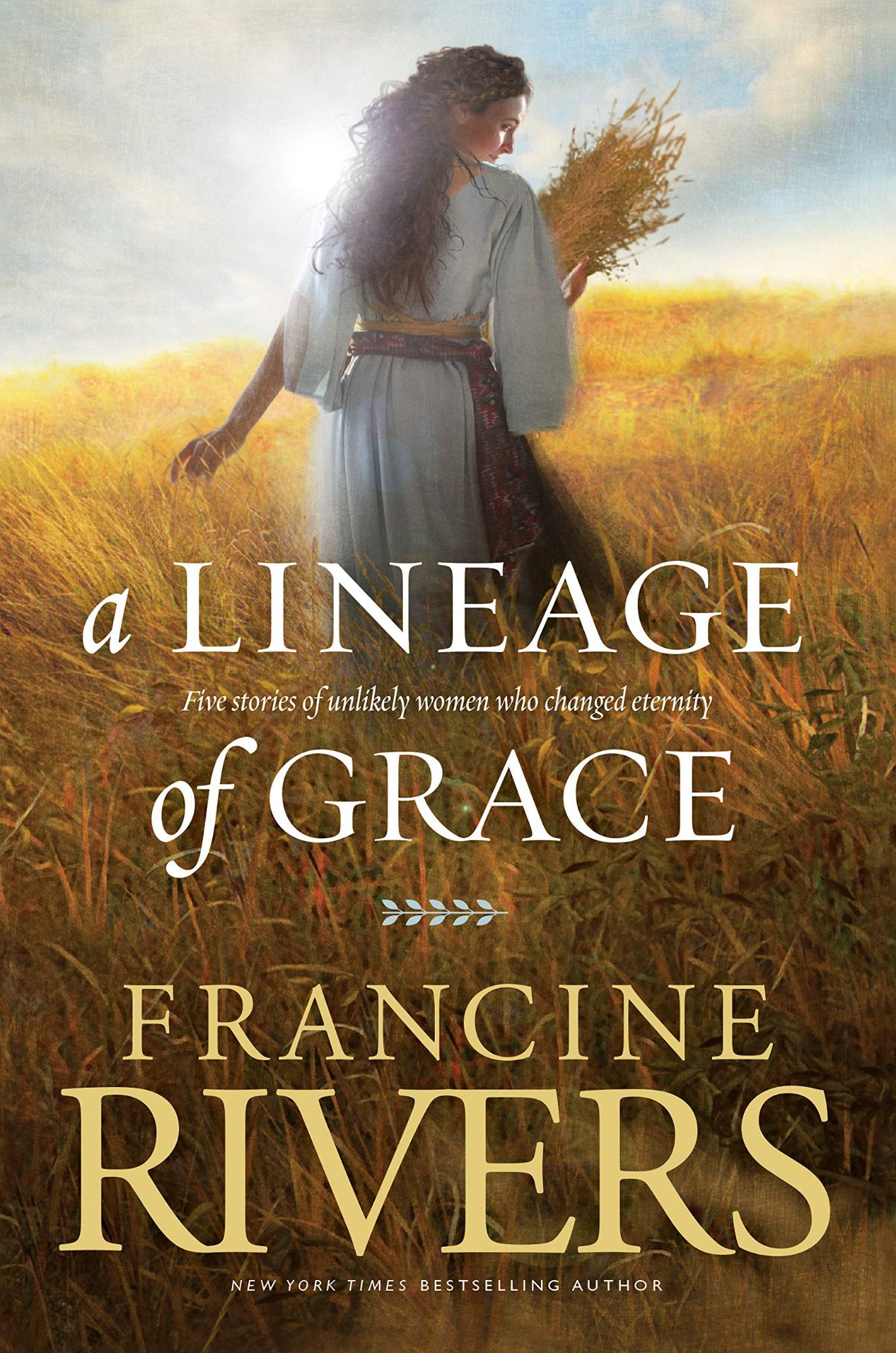 recommends the books of Francine Rivers - especially  “Redeeming Love” and “Lineage of Grace” .

“Redeeming Love” re-enacts the story of Hosea in the Old Testament, in the time of the California gold-rush.  It reveals God's patience and unconditional love so powerfully.

“Lineage of Grace” is the stories of 5 women in the Bible who are all in the lineage of Jesus, all unlikely characters chosen by God.

Ruth has these books, and other ones by Francine Rivers, if folks would like to borrow them. 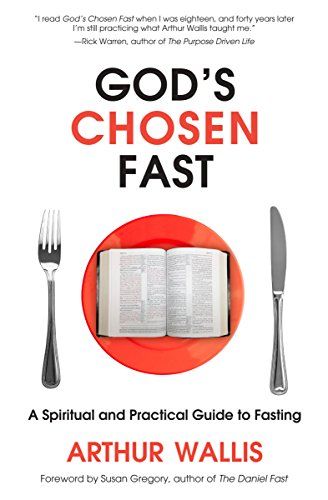 recommends God’s Chosen Fast by Arthur Wallace. First published in 1968 this is something of a classic in Christian Literature. By the time I purchased my copy in 1993 it had been reprinted 15 times. I was delighted but not surprised to find when googling the title that it is now available not only in printed form but also as an e-book or a download. This is testimony to Arthur Wallis who deals with this often forgotten Christian discipline with keen spiritual discernment and wisdom in practical issues arising, including the therapeutic benefits to our bodies. Alongside the encouragement for us at St Philips and St James to fast with prayer once a month this book will help us to fast with the right motives and to God’s glory. 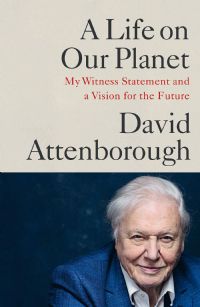 Ben Bradshaw recommends Richard Attenborough's book called 'A life on our planet' and sub titled 'My witness statement and a vision for the future'.
It covers what he has observed happening to the natural world and what he suggests as a remedy to deforestation, loss of biodiversity, rise in CO2 and even the tricky issue of population growth.
I think it is a good companion volume to the book by the current Pope that Clare Purser recommended titled 'Let us  dream'

E-mail details of your recommendations to the Parish Office